Entrepreneurship and Investing: A Team Sport 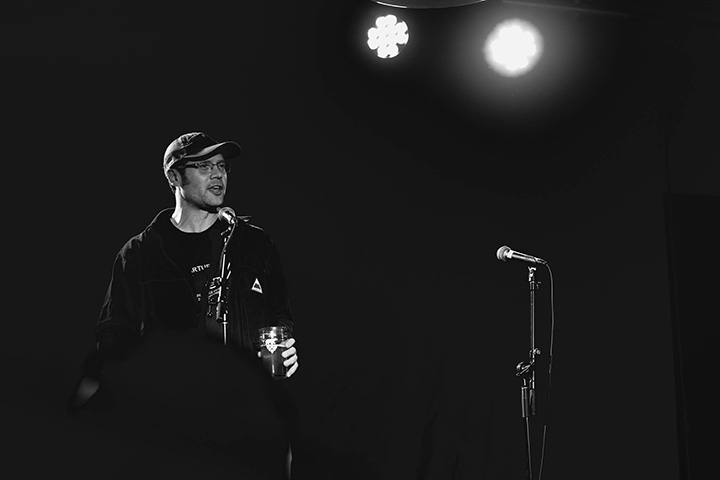 For transformational ideas to gain traction, it is necessary to bring together a variety of stakeholders to enable the success of each of our portfolio companies.

Our innovation ecosystem includes industry, university, government and investment partners. It not only allows us to identify companies to invest in, but also helps us provide them with the resources they need to succeed.

One such partner is Startup TNT, an Edmonton-based community of entrepreneurs, scientists, investors, innovators and start-up supporters that gathers every week to have fun, share stories, and build great companies. Twice a year, the group holds an investment summit to invest in local entrepreneurs.

Startup TNT has been a valued partner of Innovobot since February of 2020.

“Innovobot was one of the first companies to commit to investing with us,” says founder, Zack Storms. “And that was great because it provided an opportunity to connect members from different ecosystems; Edmonton is relatively small and geographically a bit isolated and we tend to get stuck playing around in the same small circle.”

“It was incredibly valuable to have someone like Innovobot become involved in our community. They have an international team of people who have built some really big companies. It’s exactly the type of collaboration I’d like to see more of.”

The history of Startup TNT can be traced back to when Storms was a postdoctoral research fellow. It became clear to him that what he really wanted to do was go into technology commercialization.

“I wanted to focus on building out companies that were commercializing cool products out of the university environment in Canada,” he says.

He worked with a number of start-ups but felt that he missed the community-type experience that he enjoyed while he was connected to the university.

“Around the same time,” he says, “I became interested in angel investing. I started this happy hour, which eventually became Startup TNT (TNT stands for Thursday Night Tradition). There was no formal agenda, but it gave local entrepreneurs and investors an opportunity to build relationships with one another.”

As Storms was getting Startup TNT off the ground, he saw a presentation on something called the Seattle Angel Conference where angel investors and entrepreneurs came together for a series of workshops, leading to a selection process and then ultimately, to a structured investment.

“I thought, that’s exactly what I want to do here in Alberta,” he explains. “Let’s get a bunch of investors together, have them all pre-commit funds into a special purpose vehicle and work together to select one local company for investment. That’s how the Startup TNT Investment Summit was born.”

“I look at entrepreneurship and angel investing as a team sport,” he says. “We’re all working together to build companies. I know that’s a big part of the philosophy at Innovobot which is why we work so well together.”

“This approach also got me thinking that I like the idea of investors working together on investments, as opposed to competing for them.”

“We decided to build the Summit around our happy hour community which already had a bunch of great entrepreneurs participating. And now the investors could get involved in a more concrete way by selecting one of those entrepreneurs for investment, using an actual deal screen process where we go through all the regular due diligence work.”

The format has every investor put $5,000 into a Special Purpose Vehicle (SPV) and the pooled amount is then invested into the selected start-up(s).

According to Storms, the impact on the community was almost immediate. “It’s easy to measure the number of companies participating and the investments being raised,” he says. “But I think a lot of the value is in the quality of the relationships that are being formed through the experience of what is effectively an eight-week-long due diligence process much like what founders and VCs normally go through. But because we’re doing it with a larger team, more relationships are being forged.”

“And one of the things that is emerging is this notion that everyone needs to work together if we want to build a thriving start-up scene.”

A key outcome of the Summit, says Storms, is shared deal flow.

“Most of the VCs and angels that have gotten involved with us like to, or in some cases, need to co-invest. Angels may bring value to certain aspects of the business, but in terms of deal structure know-how and access to a wider platform that can provide support post-investment, it’s the VCs that bring that. Deal sophistication is as important as business experience and that’s another reason why this collaborative model is seeing success.”

The latest summit, held in November of 2020, saw 83 companies apply and 57 investors participate, committing $750,000 that would go into five companies in Edmonton and Alberta.

“The initial plan was that there would be two winning companies,” says Storms. “But investors got excited about another three, which speaks not only to the strength of the start-up community here, but also to the value of initiatives like this.”

Though events like the Investment Summit have brought a variety of investment players together, Storms believes there are more opportunities for even closer collaboration. “VCs and angels could stand to share more and work together around deal syndication, deal structure, and due diligence.”

It is precisely this kind of thinking that is at the root of Innovobot’s Innovation Ecosystem approach. Innovobot’s engagement with Startup TNT is a great example of how bringing a variety players together strengthens the Canadian start-up landscape and advances technological innovation for the benefit of society.

Haptics 101: What the PlayStation 5 and Remote Surgery Have in Common
December 1, 2020
Industry 4.0 and COVID-19: why the pandemic might have provided a clearing in the woods – Richard Markoff, PhD
December 1, 2020
Note to Start-Ups: You Can’t Separate Supply Chain from Business Model
November 19, 2020
Water is Life: Do We Know Its Cost? – Jim Perrone
November 3, 2020